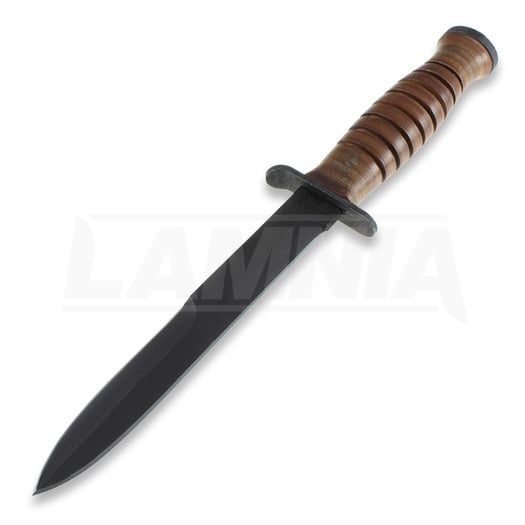 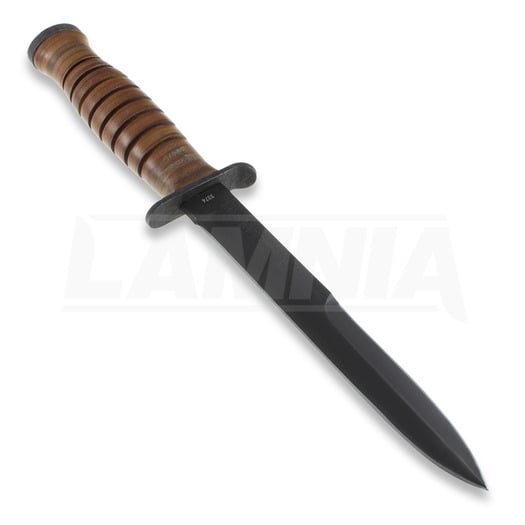 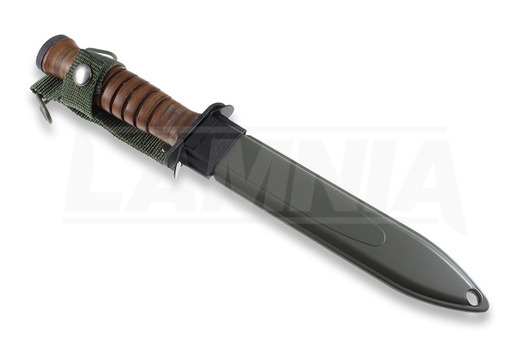 - "Discontinued". The product is out of stock and will not be available in the future. The product page is available for informational purposes only.
Nav noliktavā. Piegādes laiks īslaicīgi nav zināms

Designed in 1943, the M3 Trench Knife was intended to be used by any U.S. Soldier during World War II who was not equipped with a bayonet – soldiers with pistols, submachine guns, light and heavy machine guns, etc. The first troops to receive the M3‘s were the Airborne. Mountain Ranger and Glider infantry units. Among the nine manufacturers who produced the M3 during wartime was H. Boker & Co., with a total of 31.300 pieces, which was the smallest quantity. For the 65th anniversary Boker Plus is reintroducing this classic piece of combat cutlery, along with the authentic U.S. M8A1 scabbard. The black coated blade is made of high carbon SK-5 steel and features the original H. Boker & Co. Blade tang. The handle is made of stacked leather pieces. To ensure the quality of the M3, each knife features a laser engraved serial number