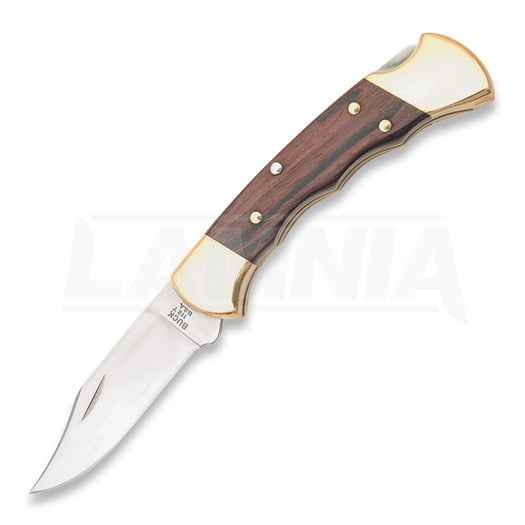 - "Discontinued". The product is out of stock and will not be available in the future. The product page is available for informational purposes only.
在庫あり

It all began with the 110 Folding Hunter. The 110 could be found on a lot of sailor's belts in the Navy. One day, a couple of soldiers got into a fight and the 110 Folding Hunter was used. As a result, the captain issued a decree that knives carried could not have a blade length of a certain size. The 110 ended up being too long, so Buck Knives took the initiative and created the Ranger, a smaller version of the 110. The 112 is another traditional favorite.