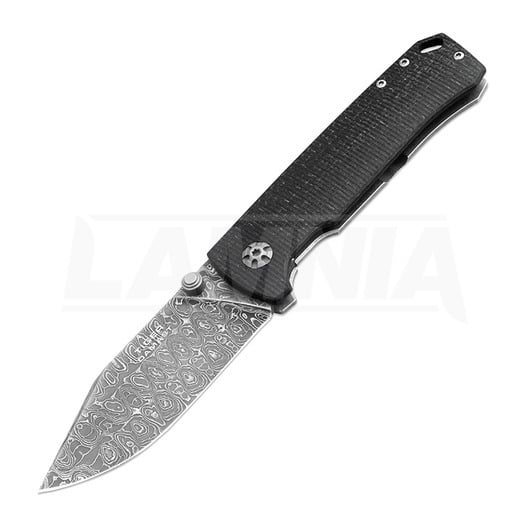 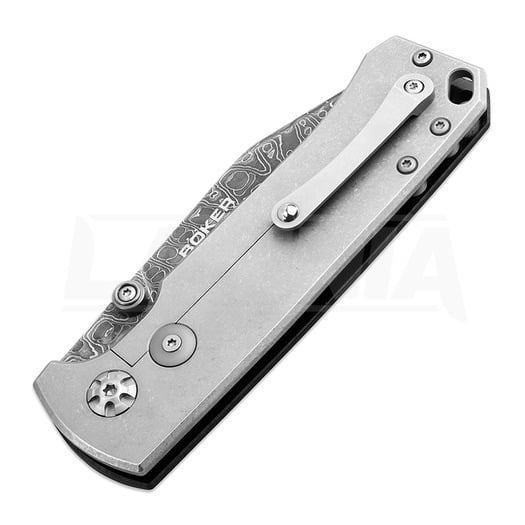 - "Discontinued". The product is out of stock and will not be available in the future. The product page is available for informational purposes only.
קיים במלאי

The impressive Boker Tiger-Damascus adds a very special model to our series of pocket knives steeped in history. The collector's knife with a historical past is a real piece of living history and combines high-quality craftsmanship with authentic materials. Known worldwide as the Tiger, the Panzerkampfwagen VI was used by the Wehrmacht from the late summer of 1942. It is considered one of the most famous tanks in history, despite its modest production number of only 1350 units and the resulting low strategic importance. The development of the heavy tank can be traced back to 1937, and series production began in August 1942. Today, there are only seven preserved units, which are exhibited all over the world. Due to the low availability, the so-called Frankentiger was even assembled for this purpose from wreckage parts of different production years.

Otto Carius and Albert Kerscher, two of the most successful tank commanders of the Second World War, were attempting to stop the advance of Soviet forces on Riga at the time, with the Schwere Panzerabteilung 502. The division was able to so devastatingly defeat the enemy blockade forces near Tukums that it was able to retreat to the Latvian Courland together with more than 500,000 other soldiers of the Heeresgruppe Nord. There the forces were encircled in the further course of the Soviet advance. The Kurland Cauldron served as a bridgehead and could be supplied by the Kriegsmarine via sea. It withstood six major attacks by Soviet forces until the unconditional surrender on 8 May, 1945.

The straight-edged Boker Tiger-Damascus is equipped with a unique damascus blade made from the steel of the battle tank destroyed at Bauska. The non-stainless mosaic damascus is forged for us by hand by Chad Nichols in the Intrepid pattern and is reminiscent of the tank tracks left in the ground by the Tiger's heavy tracks. Unlike conventional damascus, the production of mosaic damascus does not create layers, but complex damascus bars are forged by hand into a mosaic in an elaborate and very complicated process. The ball-bearing blade is opened by a thumb stud and locked by a sturdy steel framelock with a stonewash finish, while a Hinderer lock-stop acts as an over-extension protection for the lock. The overall shape of the knife pays homage to the famous lines of the tank, while the decorative pivot screw is modelled on the main drive sprocket. The slightly contoured handle scales made of burlap micarta are provided with precisely milled grooves, which are reminiscent of the characteristic surface structure of the Zimmerit coating of German armoured vehicles. With lanyard hole and milled clip (tip-up/r) with steel ball. Handmade in the Boker Knife Manufactory in Solingen. Supplied with a classy suspended display, a certificate of authenticity and an individual serial number.